Today, I-515 through downtown is built on two long bridges (viaducts). The proposed design alternatives do not include long bridges due to long-term maintenance costs. As such, NDOT explored the option of closing some of the north/south streets that currently run under the freeway. Originally, NDOT was proposing to permanently close eight (in the north and south alternatives) or nine (in the recessed alternative) streets.

During the project’s first public meeting in August/September 2020, details on the proposed street closures were included in the meeting materials and shared via social media and announcements from community partners. Unfortunately, only a handful of comments were received related to the street closures, so the team knew the messaging/request for feedback had not reached the intended audience.

In an effort to make sure the voice of the community was heard, NDOT, in close coordination with the City of Las Vegas and first responders, set out on a six-week campaign to draw attention to the proposed street closures, specifically focused on the eight streets proposed to close in all three alternatives (7th, 8th, 10th, 14th, 15th, 16th, 19th, 21st).

In early March 2021, postcards were mailed to residents and businesses bordered by Washington Ave to the north, Charleston Blvd to the south, Eastern Ave to the east, and Las Vegas Blvd to the west. Starting on March 8, 2021, large signs were placed in the middle of each street (on both sides of the freeway) announcing the proposed closure and asking them to take a brief survey by visiting the website or calling the hotline. With the signs in the place and postcards mailed, the streets were partially closed for almost three weeks and then fully closed for three weeks. This campaign allowed residents and others who use these streets to experience what it would be like to have these streets permanently closed to drive feedback to the project team.

During the temporary street closures effort, a team of street ambassadors spent a minimum of one hour on each of the eight streets over the three weeks of full closures. This team of 4 people (3 of whom spoke Spanish) handed out more than 400 postcards during this effort and talked to 93 people. A press conference on 7th Street helped the team draw attention to this effort – Councilwoman Diaz, Councilman Crear, and LVMPD’s DTAC Captain Spencer attended to show a united effort to reach the community.

As a result of this campaign, the team received more than 450 comments. The feedback was mixed…while a lot of people don’t want to see their streets closed, there was a general understanding that the freeway needs to be improved, and some acknowledgement that detouring to the next street over (east or west) wouldn’t be that big of an inconvenience for vehicles.

NDOT took this feedback to heart and worked with the design team to reduce the number of proposed streets closures to three in the north and south alternatives and four in the recessed alternative. 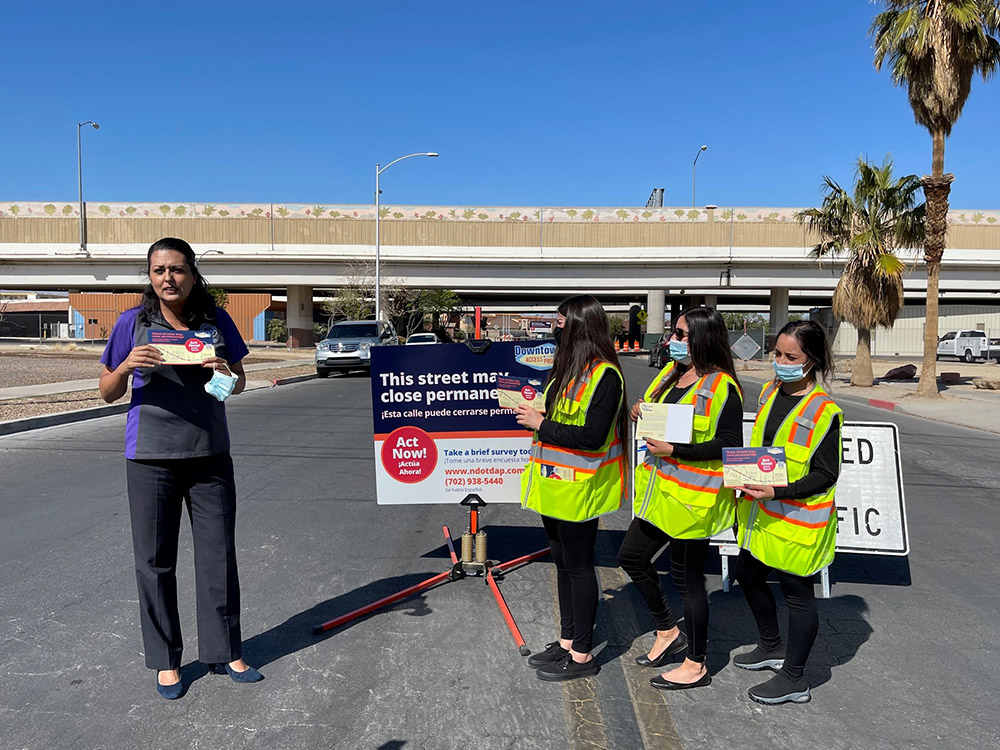 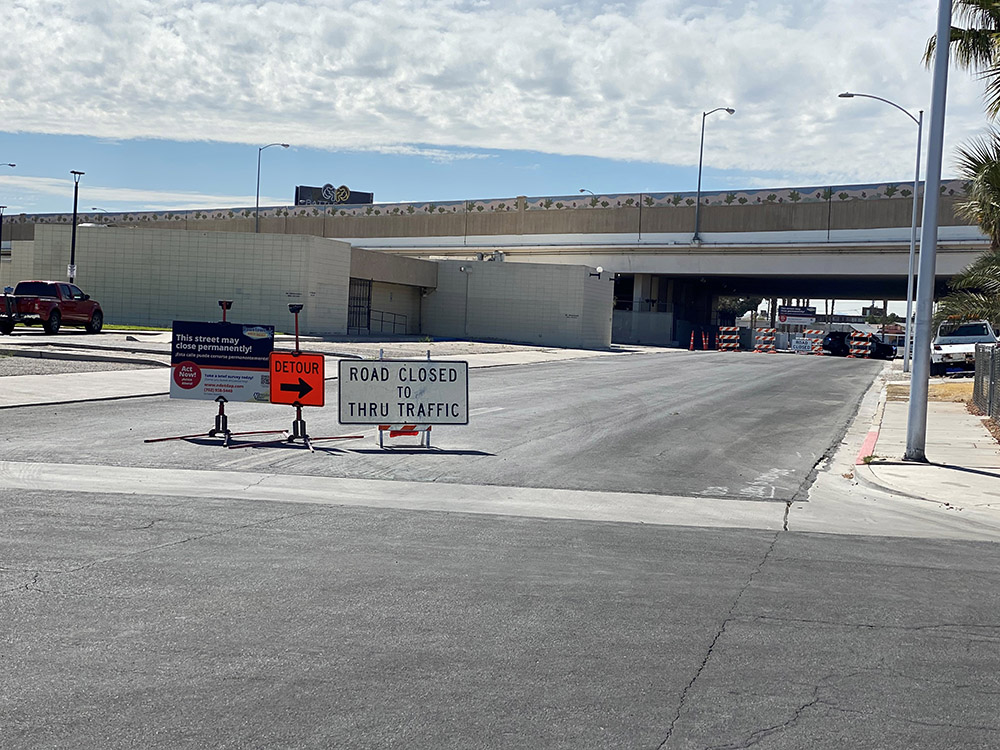